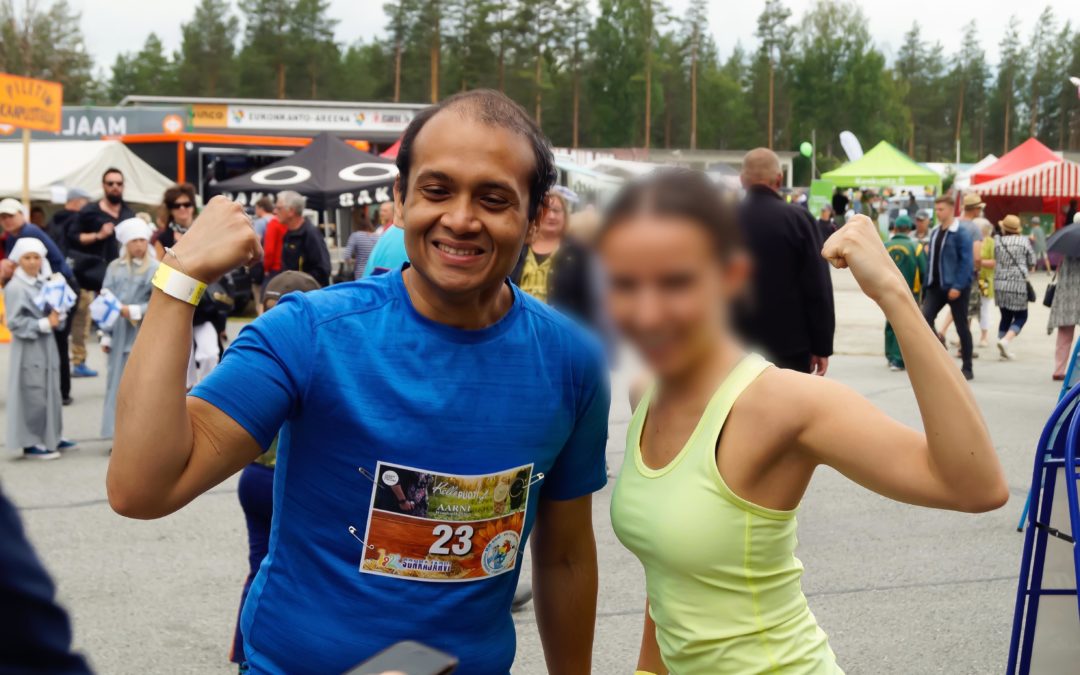 I recorded a time of 2:14.42 carrying Anna. We were placed 22nd. Personally, this was an improvement in time compared to last year (2:16.39). I am happy with the result considering the fact that I caught the flu 3 weeks before the competition.

This year I was originally planning to carry Beata but unfortunately, she was not able to make it due to a personal obligation. I had to ask help from the organizers to find a eukko. Fortunately, they found Anna 4 days before the competition.

Anna was part of the TV crew that was in Finland to create a feature about the championship for the German TV program Life which airs on RTL. I was told the feature about Wife Carrying World Championship will air on 13.07.2019 at 19:05 in Germany. Fingers crossed that we will look good on TV.

Some photos from the Wife Carrying World Championship 2019.

You have Successfully Subscribed!